The news three weeks ago that Fujifilm is discontinuing two of its Professional lines did not come as a shock but more a sigh of disappointment.

Velvia 50 was dropped once before in 2005 due to sourcing raw materials that made up part of the composition of the film. Velvia 50 was re-released into the market in 2007 after synthetic substitute was found for the raw materials. Velvia is a saturated, fine grain film much valued by nature and landscape photographers. The cancellation of the 4×5 and 8×10 may be more due to the lack of people shooting large format photography.

“due to a steady decrease in sales and customer usage, combined with a highly complex product formulation and manufacturing processes….”.

These films are known as colour reversal or transparency films and have a different development process to colour negative films (Colour reversal film uses E6 development and colour negative use C41). Once the film has been developed you don’t need to have pictures printed as you can using a light box, a slide projector or even your window view the images straight away.  As a child I remember one relative visiting once a year with his slide show and projecting it onto my grandfather’s living room wall.

Transparency film is what I preferred to use in the studio, mainly because it saved time. Once I had my 120 film back from the lab I could move to the light box and quickly select my images without having to scan the whole roll of film. I was also able with filters to look at how much colour correction had to be made before I sat down at the computer. Whereas with negative film I would spend time scanning every image only to sought through the ones I didn’t want to use.

While it may seem that slide film is losing its profitability, negative film still has some profitability; Kodak has said that they will continue to make Negative film as long as it is still profitable.

The black and white films have been weathering the storm slightly better. Ilford still has full range of films available and have even commented that there sales have been steady. Black and white Photography is an area of expertise and being such it is less a consumer product and not so affected by the changes in the consumer market.  There have been a few discontinuations, Fuji Neopan 1600 was discounted. Its use was mainly with sports, journalism, stage shows and astrophotography. Kodak also discontinued in 2010, Plus X 125 but with a reasonable replacement in T-max 100 still available.

Comparison of Ektachrome 100vs film and an unprocessed image.

kodachrome 100g vs an unprocessed image

Provia 100 vs an unprocessed image 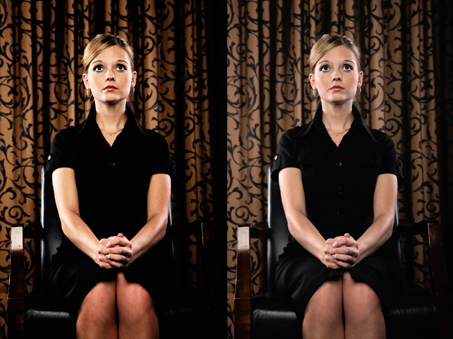 Velvia50 vs an unprocessed image

Film products have slowly been discontinued. This is not startling as digital photography has really taken off. Since 2007 I would say it has been harder to get film developed in 1 hour like you could before. Mostly the wait can be a day to a week. I had some film developed last year and put onto cd (no prints). What would have taken 5 years ago a day now took a week. This is due to there being a lack of demand from the majority of consumers. Film no longer is a mass consumed product but is becoming more and more an enthusiasts and niche fashion product. Lomogrpahy in the last two years has started to build a huge fan base and Lomography needs film. That being said I have seen a digital back for a Holga.

Many years ago there were arguments about film vs. digital. Digital will kill off film was the main mantra being repeated. But Digital won’t kill off film. Digital will force film to change. Film for years in photography fought its battles against itself producing films that both the consumer and the professional needed. Companies changed the makeup to suit the need of the photographers. For consumers they started making films with brighter more intense colours, whereas for the professional you had a choice of different levels of saturation, brightness and fineness of grain. For example Fuji Pro160S was designed for portraiture; “featuring more highly optimized skin tone reproduction and neutral grey balance, especially important for portrait photography.” For Professionals film grain and film speed was a constant conflict. You want smooth clear images but you also want to be able to take pictures in low light. There was no grain reduction system in editing like there is for noise reduction in digital photography. Of course grain can give a certain feel to a photograph in some situations. The idea of knowing what you wanted to take before you took the picture was something a photographer had to think about, because the choice of film would depict the beginning tone of the image. In digital photography this is not such an important thought process for some.

In digital photography there are plugins and pre-sets for different faux film settings. I know I do tend to use them when I want a particular look. Digital photography has changed the way that a photographer has to think and work with their camera.

Film now has to look at itself and not try to compete with the digital photography directly but offer itself as an alternative to digital photography, an alternative experience that you no longer get. The surprise of how a picture looks when you first open the envelope with prints inside. This will be hard as in the high tech modern world we live in, we want things quicker faster and more instantaneous. Also we want to be able to share their pictures hassle free.

At the moment Film has taken a beating in the ring due to the fact that digital did not just hit the film market but also the photographic paper and chemicals market and the companies that sold as well. Some companies like Kodak and AFGA are now bankrupt. Polariod has stopped production of all film lines as of 2008. Kodak has had to reorganise its business and will continue producing film while it is profitable as well as concentrating on digital printing products. AFGA has stopped production of all of its lines, except you can still by their film for aerial photography but under the name ROLLEI. Specifically, these re-branded AGFA materials include ROLLEI RETRO 80S, 200S and 400S, DIGIBASE CN200 and CR200. Polaroid is still making printers and even televisions.

What is the future of film and why is it not dead?

Films future is in its niche markets that are slowly being carved out. Film is not dead just taking a breather seeing where the digital age is taking it. There are some pure film enthusiasts and just enough to keep the industry alive at the moment. There is also at this time a resurgence in film. If this keeps up then there will be happy future but what has been lost will still be missed.

3 thoughts on “Film is not dead; it is just taking a hiatus.”