Its Friday and once again I have been looking at some of my HDR Images and being concerend about where my head was at when editing these images. Last week I wrote about The Platform In Wroclaw this week I am in Warsaw. 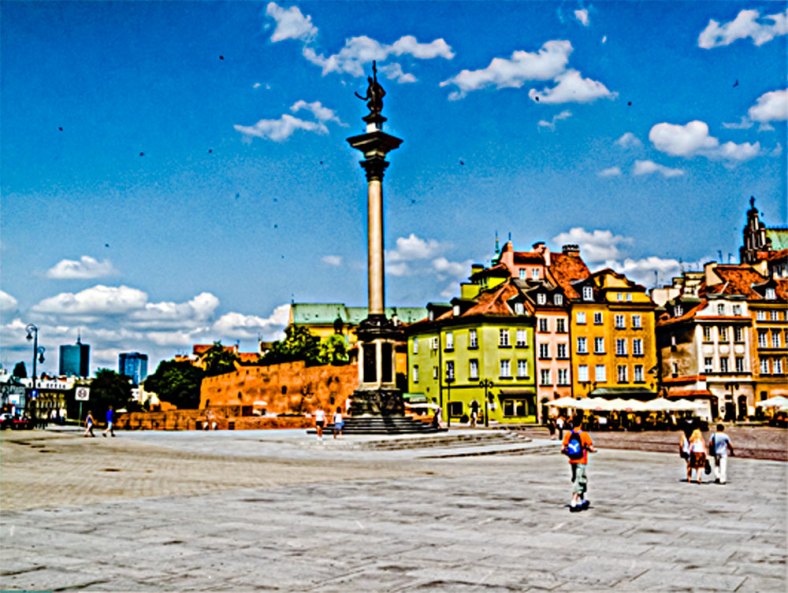 As you can see form the image it is a terrible edit. The picture looks like it has been coloured in felt tip for some crazy reason. the picture was taken in the Old Town square of Warsaw and in the distance you can see an orange blob which is supposed to be the old town walls. the image for me looks like I over processed it with the viable noise and black marks in the sky. the colours look are too artificial but the tone of the image looks good.

Once again my editing principles of working if a smart object saved the day the image below was edited using the original HDR conversion which i was able to save as a DNG to then run back through Photoshop. From looking at the conversion in camera raw the tone was ok if a little bit flat.

I upped the exposure to give more light brought in the darkness of the image into the lights gave a small curve for contrast and raised the vibrancy of the image as well as reducing noise. The It was then that the black dots which had been clumpy could bee seen as birds.

I remembered that this day was really hot and a storm was coming so the birds had been forced by the air pressure to fly low to feed.

This re edit gives much better clarity to the buildings and people and in my mind is so much better than the first edit.

Let me know what you think.