A drastic statement as it is, it is also the view by some photojournalists relating to the use of the Iphone combined with the app Hipstamatic. This is all coming to a head because in October Hipstmatic the San Francisco Smartphone photography application launches its foundation for photojournalism, along with the release of a pack of digital lens and film filters designed with Ben Lowy.

The foundation will teach a new generation of how to take photojournalistic images using hipstamatic.

The question that is being hotly debated among photographers is how this way of documenting events around the world effect photojournalism.

Photojournalism is a bastion of truth in the media. Although the camera is as biased as the photographer and the context in which the image is taken and framed, photojournalism has been the pictorial evidence to back up and supplement a news article.

Hipstmatic is good for photojournalism

A fly on the wall

With a smart phone you are able to be much more inconspicuous. During the Arab spring some of the images would not have been captured with a traditional camera. The raising of a camera has an effect on people their demeanor changes, they shy away. With a smartphone they either don’t know the picture is being taken or they are more cooperative because the camera looks less aggressive. To be in Syria or Iran where there is tight media control smartphones are less obvious. The smartphone camera becomes a natural choice and with the speed to share to news agencies, who then can have more up to date and clear information.

Aesthetics of the image is one of the arguments that the filter creates a false image but yet all cameras create a false image. The human eye cannot see with an aperture of F1.2 with a shallow depth of field or in black and white. Therefore there is no difference in using an Instagram filter.

It’s not what you have but how you use it

Similar to “the best camera you have is the one you have got” in the end the camera is a tool to capture your vision. It doesn’t matter if it is a pinhole, holga, DSLR or a smart phone. As long as the image is conveyed with the right meaning then where is the problem.

Reportage already distorts history, as all photography distorts its reality

A famous event that never happened

Photography has an ability to distort reality and when it comes to photojournalism you have to be careful how much you distortion your images have. Your image is a possible propaganda tool. You can easily say there is no fighting in Syria by pointing your camera away from the fighting. So how does a filter on an app affect the picture? It just adjusts the colour and contrast to improve the image not hide the truth.

Most people expect an image to be doctored in some way

In the last 10 – 15 years the mythology behind the image being truth has been shattered. People know pictures have been altered and adapted to make the best image and people come to expect it. 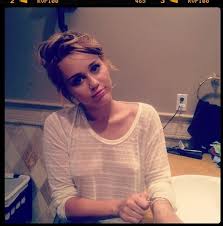 Hipstamatic is the part of the visual language in the age of social media. Lots of users are using Hipstmatic and Instagram sharing their lives and truths through the apps. Using the same apps can be a visually easy way for the new citizens of social media to simply understand and process the information in the images. Motography journalism is just connecting to a new audience.

The story is everything

Damon Winter won an award in photojournalism for his series of soldiers in Nahr-i-Sufi, Afghanistan,

One of my favourite mantras is “The images is everything.”. With photojournalism it is the story. The picture or seires of images must tell the story completely and truthly. To convey the message with the help of your smart phone and an app makes the it stronger then you have done your job.

If you were to show a picture to someone would they be able to tell you what camera shot the image. The answer is probably not, so why does it make a difference if a picture was shoot on a smartphone or not.

“A certain type of confusion about the relationship between scientific discoveries and art, leads to a frequently asked question: Is photography an art? The answer is: No. It is a technical, not a creative, skill. Art requires a selective re-creation. A camera cannot perform the basic task of painting: a visual conceptualization, i.e., the creation of a concrete in terms of abstract essentials. The selection of camera angles, lighting or lenses is merely a selection of the means to reproduce various aspects of the given, i.e., of an existing concrete.”
– Ayn Rand, The Romantic Manifesto, 1971.

Against the use of smartphone images in photojournalism

Is there a need for these filters to be applied to an image. If the picture is strong with the context and the composition, telling the story with impact, why add a filter? Photojournalism has always tried to keep manipulation to a minimum but with smartphones and the use of apps the image is altered straight after it is taken.

Distortion of history through nostalgia

Most of the filters used in the apps add a nostalgic edge to an image. This edge is carried through in the reading of the image and begins to separate the viewer’s reading of the image from its message. By adding a filter you can make the image more fictionalised than what is expected or make the timing of the event to be different from the reality.

A gimmick that helps to sell the image

This is just a gimmick which help sells the image to news companies. All over the media there is a loving for social media and smart phones. You can see it in articles constantly praising these new technologies reading like press releases. They Iphones, galaxies and the rest are fashion items which people have become loyal to and the media knows this using it to gain viewers and readers. Stating that an image was captured on a smartphone is a selling point of a media company to attract readers. Even my post has played into that using the title I have used.

Many people I know have taken average images and then added filters to try and make the image more than it is. At first they look good but after viewing 500 images all looking the same they becoming boring.  Think the same could be said for journalistic images through the hipsta/instagram app. People will become apathetic to the images and then ignore their importance when it matters. With apathy comes desensitising of the image. The image is no longer shocking or informative, it is just another image

When you take a picture you have control of the image but when you hand it over to an app you pass the control over to the program. The program is now in charge of the image. You can choose the filters but the final image has been predetermined. Whereas when you take the image with a DSLR or film camera you can make changes as the image needs them with the freedom to do so.

With the filters the images become standardised. The filters will then hold their own values, this filter means this and this means that. The image is no longer a (insert your name) image, it is now a Lo-Fi filter image or a vintage image.

The debate about Hipsta/instagram images in photo journalism is not only about the quality of the image but about the qualification of the image. Photojournalists are highly trained professionals (we are not talking about paps following celebrities) and they follow a moral and ethical code to create images portraying as best as they can the truth of a situation. The photographer focuses the meaning of the image through a simple visual language. With an acceptance of creating images using these apps may lead to a more acceptable form of Citizen Photojournalism. Citizens creating photos that then become news images can be good especially in a situation when a photojournalist is not there for example during the London 7/7 bombings of the London. A wider trend of any image being taken and then becoming a photojournalistic image has a fundamental impact on photojournalism and the trust we can have in these images. If I see my neighbour’s house being broken into I ring the police, this makes me a good citizen not a police officer or the justice system.

This is an on-going debate that does not just include photojournalism but the place that smartphone cameras fill in photography.

I can side with using a smartphone in certain instances especially when a DSLR may not be appropriate but I don’t understand the lure of using Hipstgram or instagram to edit them. This is something I will have to keep looking in on before I can make my mind up.

What’s your take on the use of smartphones, Hipstamatic and Instagram in Journalism?

Let me know and continue the debate below.

9 thoughts on “The Iphone killed the photojournalist.”