People normally advise that you shoot a picture with the sun to your back. This is good advise as you can evenly light a subject without harsh shadows cutting across your image.

I captured the images with the intention of using them each as a single image. To my delight they all seemed to be better suited as a group together.

I processed all of the images similarly in Camera Raw to keep a similar feeling running through all the images. I did the same in Photoshop with only minor divinations where needed to retain some shadow and highlight detail. 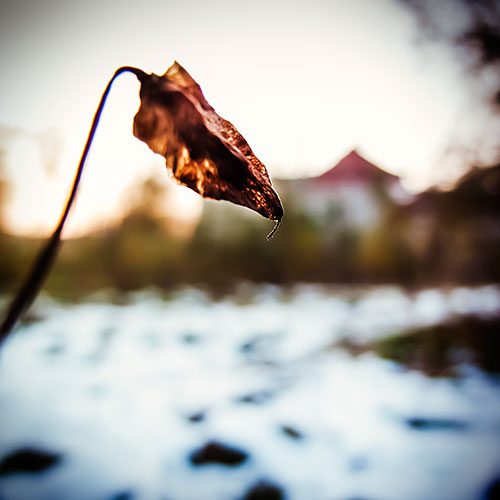 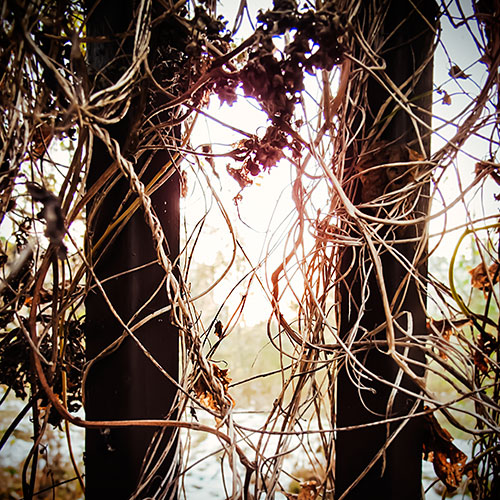 To make the triptych, I created a larger document in Photoshop multiplying the length of my original images by three plus how much space I wanted between the images. I then imported the images into my new document and using the guides placed them with the desired gap between each image as well as using the same distance for a boarder around all three images.

A triptych can be a good way to display images that complement and enhance each other. A common triptych seen, is of a panorama that has been split into three.

I used this idea when placing my images together using the image of the sun blazing through the fence as the central image and the tow side images the leaves point toward the central image.

Each image by itself is strong but as a group they really work together and with each other to describe the scene I saw.