Lomography has been a sub-genre of photography for a while. Lomographers use old cameras usually from the old Soviet Union or China. These cameras were built cheaply usually of plastic and because of this the exposure is unpredictable and are prone to light leaks. The effect is normally compounded with out of date film or film being cross processed.

Although lomography is a movement in photography a company has named itself after it and has been a seller of lomography cameras. The company Lomography has used kickstarter to help gain funding for a new project; a film scanner that uses your smartphone. 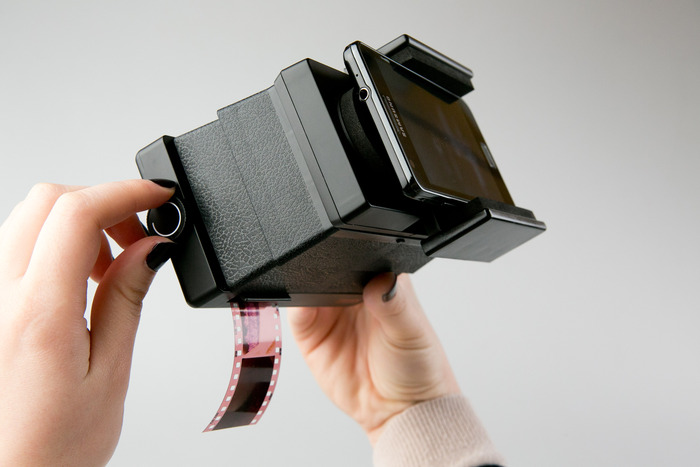 The principle is straight forward, the film is feed into the scanner manually with it being back lit so that your smart phone can fit in on top and photographically scan the film. The system is simple but also it is agnostic. The film scanner will work with any smart phone as long as the camera is in the upper left corner of your phone. The app that you will need on your phone is impressive allowing you to scan a single image, panorama and multi frame animations. In the end this is a system made to digitize your film. 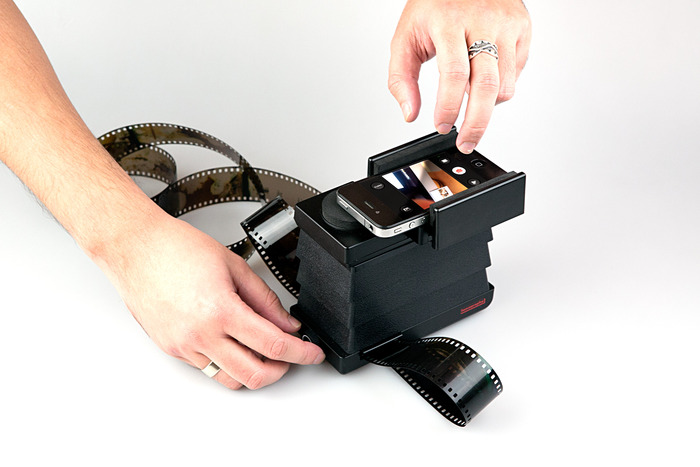 The kickstarter project is looking to raise $50,000 and if you wish to back the project there are two tiers; one at $60+ $20 EU shipping for the scanner and $100 for the scanner and the sprocket rocket starter package. The project should be ready to ship to kickstarter backers in March 2013.
They have already raised $47,000 towards their total so if you want to take part head over to the kickstarter site http://www.kickstarter.com/projects/lomography/the-lomography-smartphone-film-scanner.