Has Picasa reached its final days? If you are a Picasa user and you go looking for your web albums you will be directed to Google+ photos.

While the web albums are being phased out, they are still accessible if you go to http://picasaweb.google.com/ih/myphotos?noredirect=1, Google is still supporting the Picasa desktop program with the last update being December last year. It should be no surprise that Google has made a change to the web albums. In a statement with the last update on the 10th of December it confirmed the move, “Google+ is the new home of your photos.”. With the update users were suggested to tag photos with Google+ contacts and share the image to Google+ Circles.

I have had limited experience with Picasa and Google+, I have an account because I have a Gmail account but I have no memory of ever logging in and looking around.

Users have noticed other changes to with the galleries being transposed to Google+, one being the inability to view their albums by upload date and that using Google+ is slow and complicated.

For me this seems another step of Google trying to pull more regular users to Google+ from Facebook and other social networks via its different platforms. I do find  it strange that there was no sign up option, before photos and galleries were transposed. I understand it is a free service but this is user’s data after all. Just like with the New Chrome book and the automatic sharing of images, what makes Google think it knows what the user want?

I have read, there is deep in Google+ a way to unlink Picasa web galleries, but no steps were given. Unhelpful I know but apparently there is a way.

Are you a Tumblr user? 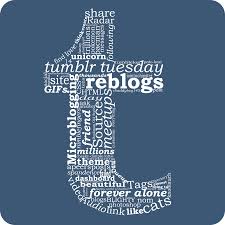 FOUND is a curated collection of photography from the National Geographic archives. In honor of our 125th anniversary, we are showcasing photographs that reveal cultures and moments of the past. Many of these photos have never been published and are rarely seen by the public.

The internet has been great in recent years in allowing for images that have no place in a magazine pages a place to exist. I have mentioned before about modern images being so disposable though these collections show that they don’t have to be. The other positive thing is the way that tumblr works. It is easy to reblog a post and share images with your followers which means that images are constantly flowing around the site. I am sure the NatGeoFound will be amazing.

We all know that magazine photos are photoshopped. This is as shocking as saying that Santa is not real.

Dove, the soap company has embarked on a guerrilla advertising campaign to try and tackle retouching at the source and to be honest it is not an amazing campaign but it is worth talking about because it may spark something, somewhere.

The campaign was simple; create a Photoshop action claiming to help retouch images. The action pretended to give am image a nice soft glow. When using the action, it would reverse the changes already made to an image and then stick a banner saying;  “Don’t manipulate our perceptions of real beauty.”

Nice idea but the execution sucked.

Firstly they posted the file multiple times with commenters sounding nothing like people who want to promote their action or have used it, but more like marketing stooges.
Next the action presumed that all your edits took place on one layer. If you know anything about editing an image especially images that go into magazines then you may not be shocked that the images have many layers sometimes a hundred. What the advert did was just add the banner in these cases. Still having an impact but not quite the same impact it could have had by reversing all that hard work.

More amusing is that the “Real Beauty” campaign by Dove massively edits their images also.

Photoshopping is no longer a secret but people also understand that there is a need for some basic image editing to make products attractive but not to the point of deception.
Wouldn’t it be better for Dove to have a campaign of images with basic editing?
Although the action was not great it still has made an impact because I am writing about it.

Do you need a cup of coffee now I know I do?If you wish to get notifications when I post on my blog, you can follow me on Twitter@aperture64, on Facebook.com/aperturesixtyfour or alternatively be emailed by subscribing below.

One thought on “Picasa Tumbl(r)ed on Photoshop Actions”