George Carlin had a routine called “The 7 Words You Can’t Say On TV”, during the routine he dissected the words and called out the hypocrisy of these words being on the list while others were not. This was a joke about language and how language has developed and how slurs change.

Instagram has been busy banning searchable hashtags while limiting the number of tags per image to 600. This actually means that you can use one of these tags but it won’t be searchable on Instagram though if you publish you Instagram post on to other social media sites like Twitter or Tumblr, then it could still be searchable. The banned hashtag list is quite long and there has been an unofficial list compiled by The Data Pack (http://thedatapack.com/banned-hashtags-instagram/) that can be found here. Most of the banned hashtags are either offensive, sexual, contain profanity or produce too many results. Instagram has always had a policy of no sexual or offensive content on the app and the banning of certain terms, especially ones related ton pro anorexia as well ascertain degrading terms is in my opinion positive and shows some responsibility on behalf of the app.
Some have said that in banning these hastags from being searchable and limiting the number of tags per post to 600, limits their freedom of expression.

I have found seven banned hastags that I feel are not so bad.

Iphone and Iphone s4 are banned searches, which seems strange as Iphone 5 is not banned and Instagram launched first on the Iphone and really it is the app’s home. The reason for the ban seems that it produces too many search results. This tells you that a lot of people own and use an Iphone s4. Yet why not ban Galaxy s3 or Canon MKIII as well, there may be less search results but if you are going to ban one type of camera why not ban all.

This seems a no brainer of a tag for people who want their images set apart from the pack, especially if you have not used a smartphone. This is another ban as that is due to producing too many results in my opinion. Photography is also a tag that is good to use on other forms of social media and when you publish an Instagram post on other social media it the has tags are published with it.

I have a feeling that this ban maybe due to the latter part of the word, orgasm. Foodorgasm has been on the fringes of the English language for a few years, entering The Urban Dictionary in 2007, coinciding with the rise of the foodie culture.
A Foodorgasm is; The reaction a person makes after taking a bite of a dish that they find especially delicious. A food orgasm usually includes one or more of the following: tilting the head back, rolling the eyes upward, gasping, moaning, and/or cooing.
“I knew I grilled the lobster tails perfectly when I heard the food orgasms from my dinner guests.”
This could be a prudish ban on the part of Instagram or there are just too many pictures of great food. 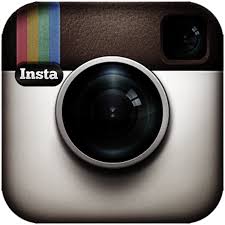 Is this prudish due to some teen Sexting Slang I don’t understand. The rebel punk rockers may find pride that they have now been banned from Instagram.

Instagram is not just used for posting pictures, for some they post inspirational messages or meme, with Scumbagsteve being the latter of these. Personally I have no problem with the Scumbagsteve meme as people anonymously call out scummy things people do, be it imagined or real.

One of the problems some users have on Instagram is “Hashtag diarrhea”, scatter shooting hastags in the hope that people will search them and like their shot, because the more likes a post has the more chance it has that it will reach “the mountain top” that is the popular page. Apart from being used in Hastag diarrhea it really isn’t so bad.