It happens often that I photograph something and there are shots I like but not as great as the ones I finally you choose to work on. I think it is very easy, especially with digital cameras, to just edit all the shots and share them. In the days of film I feel I shot a lot but I was more picky when it came to pressing the shutter because if the shot would be rubbish then I would have wasted money. Also I wouldn’t waste time making a print of an ok image.
With digital though these shots don’t need to be wasted because you can turn them into something else, just for fun. 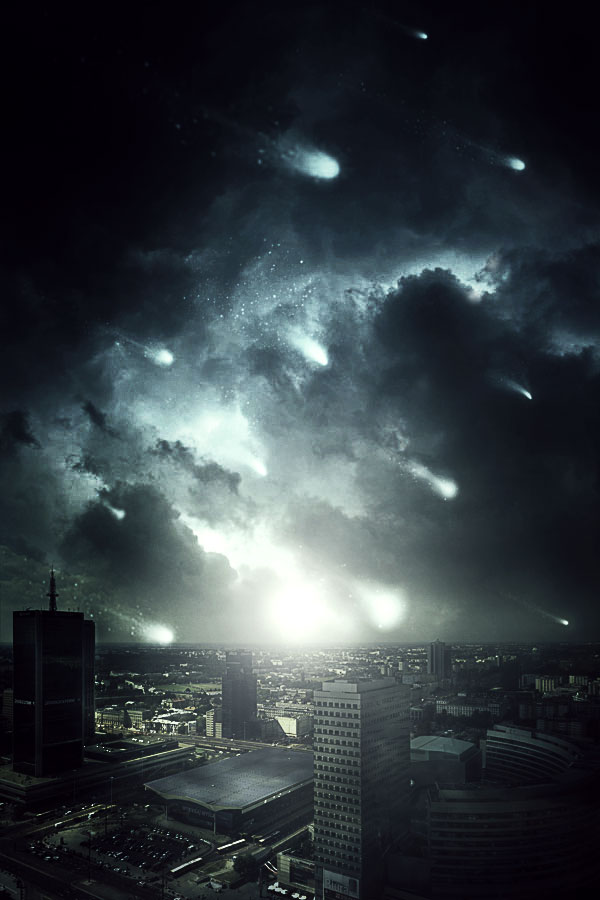 Bottom half of the above shot is a city scape I took earlier in the year in Warsaw. It was really much about nothing shot. I took it because I was on the observation beck of the Palace of Science and Culture and I was just snappy the city below, some of them as tilt shifts others as nothing shots. I kinda liked the shot so using a combination of adjustment layers and brushes I created the look of a meteor storm similar to that seen at the beginning of the film Armageddon.

What do you do with your leftover shots? Let me know or any other comments using the comment box below.

5 thoughts on “Left Over Cityscape Armageddon”