Reviewers of lenses will mention the Bokeh created by the lens as one of its selling points. But what is Bokeh?
Bokeh is Japanese and means blur or something that has a blurred quality. Bokeh can be used to describe a smooth blurred area as well as persons thinking.

Any lens can produce bokeh but some lenses are better at producing the effect that people want than others. The characteristic and shape of the bokeh is dependent on the lens itself. If the aperture blades are more circular, then the lens will produce a rounder effect compared to a lens which has blades that are more angular which produce a more hexagonal shape. The more aperture blades a lens has the smoother the bokeh will be. German lenses are considered the best for creating a pleasing bokeh. Although the best bokeh is created in nature, walk though a park and look at the patterns on the ground created by the sun shining through the trees

Bokeh is useful for helping to form a pleasing image as it helps create contrast in the sharpness of the image, emphasising what is sharp, super sharp and what is not. This contrast helps give a three dimensional feeling to an image. Just by putting something out of focus won’t make a photo good, even if you say “it’s Bokeh!” On the other hand when Bokeh is used correctly it can be great part of your composition. 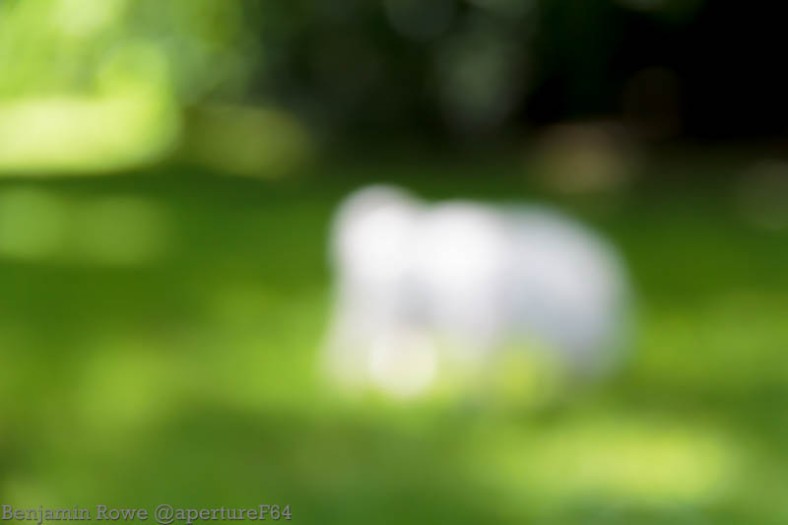 Bokeh Dog, but not a great image

To create an image with bokeh you need to take bokeh at its literal meaning; create areas of the image out of focus. There are two bits of kit that you need, a fast lens (a lens with a minimum aperture between f/2.8 and f/1.4) and pin point highlights (the reflection of the dew on grass, lights in windows and even the reflection of an uneven surface). Using the lens with the aperture wide open you create a shallow depth of field. Your subject needs to be in focus while what is going to create the bokeh beyond the near and far focus area.
In saying this even with kit lenses you can create bokeh. The trick is to focus on your subject at the minimum focal distance with its widest aperture. With point and shot cameras it is harder to create the bokeh effect but by extending the lens forcing a shallow depth of field.

With this picture the softness of the foreground and the bokeh in the background adds extra sharpness to flowers in the centre of the image. This helps to create a pleasing image along with the light and colour contrast. Bokeh is a compositional element and not subject of the image.

In this image the bokeh works in a similar way as in the previous image helping to add focus to the sharp area of the image. In the background the bokeh created by pinpoints of light shining through the trees as well as an out of focus flower. This helps create a more three dimensional image.

You will also notice that the bokeh itself is not quite round but a little hexagonal in places; this is because I was shooting at f/8. Even at this aperture I was able to create bokeh, since I was using a telephoto lens which shortens the depth of field as well as the trees and highlights being quite a distance from the subject itself.

In The Lucky Jew image above I used the bokeh as a compositional element. Here the bokeh continues the repetition shape and colours of coins that you can see in the foreground. This is a commonly used creative technique and all you need is Christmas lights and an idea.
I set up this scene with the figures and the money at the front of the table and placed my Christmas lights about a meter behind the models. I wanted to keep the tungsten colour of the lights as it is similar to the coins so I didn’t calibrate the light balance when taking the picture. 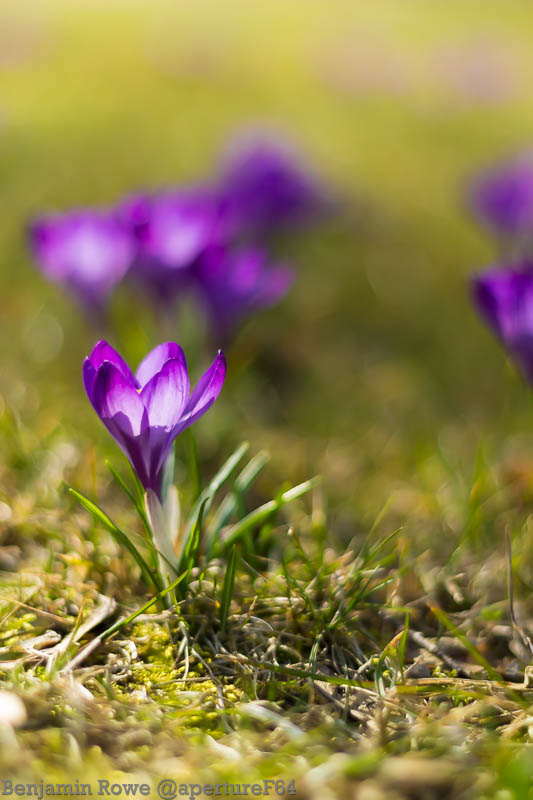 With this final image the bokeh was intentional as I wanted to play with my new 50mm lens at its widest aperture. In this picture we get the mixture of both the bokeh caused by pinpoint light, in this case water droplets on the wet ground, as well as the smoother bokeh creating the hazy shape of the out of focus flowers in the background. This type of bokeh is pleasant and does not distract from the main subject.

Bokeh is something fun to play with and can be quite interesting if used creatively in a composition, although it is also become a bit of a fad as people over use a shallow focus to force bokeh into the background. If used and created correctly bokeh can look nice and help your image pop by defining sharp areas of an image and creating a separation between subject and the rest of the image. bokeh is not the be all of photography and with great powers comes need of it to be wielded with care, Just because the image has bokeh doesn’t mean it is a good photo.

Is Bokeh important when buying a new lens? Do you like Bokeh in your images? Do you have any tricks that you would like to share? or Do you find bokeh a big distraction? Let me know in the comment box below or any other comments you may have.

2 thoughts on “How to get that Bokeh Feeling”