The Before and After forum is organised by Stacy Fischer, it is a place where amateurs as well as seasoned photographers explain the wow and how about their photo and editing decision.You can read more here about how to take part.

This week for the Before and After Forum I wanted to create a stylized black and white image. I created this image by using some older workflows that I have now updated for the new version of Photoshop.

The image I am starting with is nothing special. I took it really for the clouds as they had such a moody quality and kept the tree line for some foreground interest. 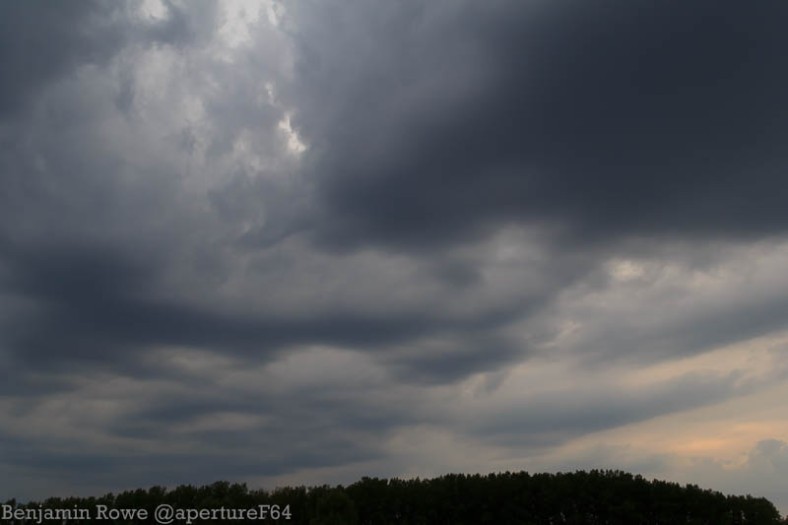 The first steps in editing were an old workflow to create a tone mapped image without using HDR software. I have had this in my recipe book since CS2 when Photoshop’s HDR tool was very weak and I did yet have Photomatix.

I opened my three exposures as layers and then auto aligned them (edit- auto align). I organized the layers with the over exposed on the top, the under exposed layer in the middle with the normal exposure on the bottom. The top two layers both have reveal all layer masks applied to them.

With the top layer’s layer mask selected, I went Image-Apply Image and used the following settings;

With the next layer (the under exposed one) I did the same but applied these settings;

I then inverted the layer mask.

I then created a levels adjustment layer and set the white points and black points and then selected all four layers and turned it into a smart object. 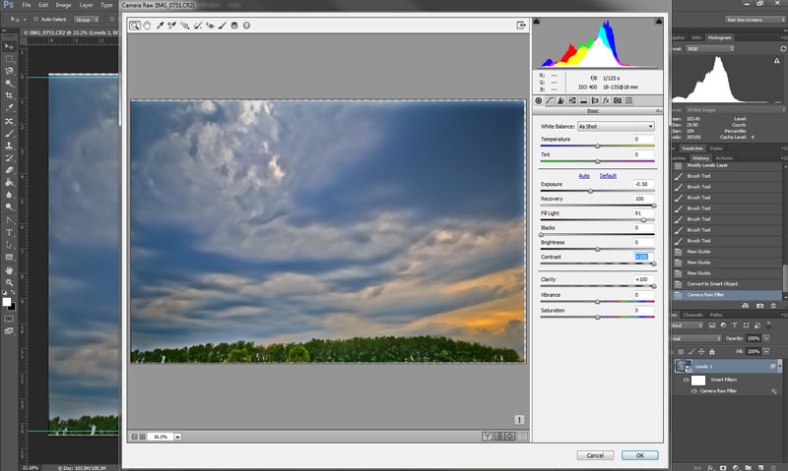 Previously to Photoshop CC I would save the image as a tiff and then in Adobe Bridge open the file in camera raw to make the next adjustment. In Photoshop CC you can simply apply a camera raw filter to your image. Either way the settings are the same.

First I needed to make sure that I was working with the right camera raw settings. I clicked on the camera icon to change camera raw to the 2010 version. Next I set Recovery, Fill in Light, Contrast, Clarity, and Vibrance to +100. I normally then make some minor changes as each image is different. You can also make adjustments to the exposure to make sure the image is not too bright or dark.
Also in this step you can add a vignette and reduce any noise you may create in this step. 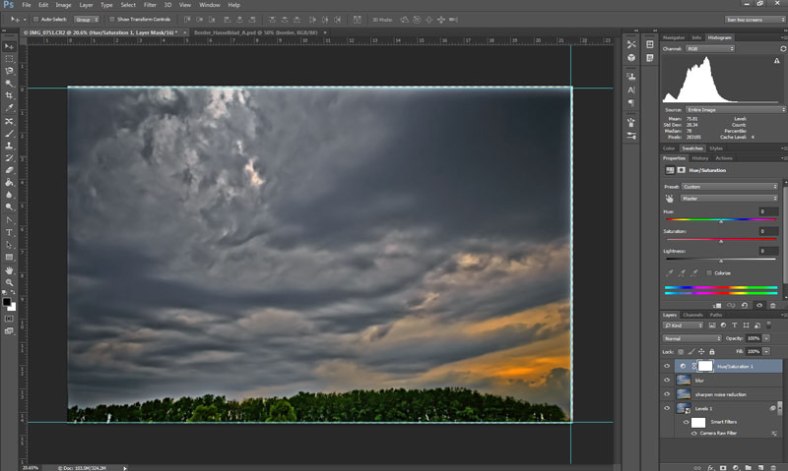 Back in Photoshop I added a hue and saturation layer and selectively reduced the saturation of the blue in clouds to give it a more natural look.
I also duplicated my smart object and rasterized it and applied an unsharp mask with the settings

And applied a reduce noise filter with the settings

I duplicated this layer and applied a small Gaussian blur and set the blending to overlay.

Using these steps I have created a Faux HDR with a Topaz Filter like effect. 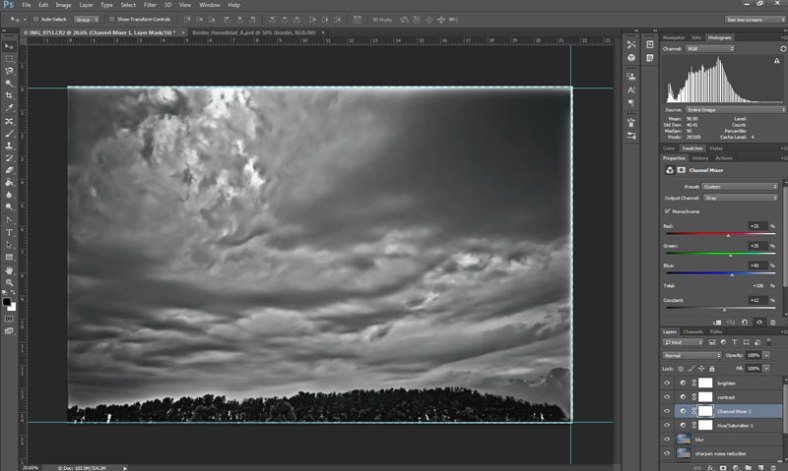 Next I moved on to black and white toning. I used the channel mixer to create the black and white image and two curves adjustment layers, one to add contrast and one to brighten the image.

I wanted to add a sloppy boarder to the image to give the image the feel that it had been printed in a dark room.

I got the boarder from Digital Camera World as a free download http://www.digitalcameraworld.com/2010/03/18/50-free-photo-frames-and-borders-for-photoshop/ .
I put all my layers into a group and created a new layer filled it with black and placed it at the bottom of the layers but not in the group.

I also made a few adjustments to my layers. First I deleted the duplicated blur layer because it made the sky feel blurry.  I wanted to keep the darker tones in the sky so I added a gradient going from black 100% to black 0%, set the blending to multiply and reduced the opacity.
I then also deleted the sharpening layer as I could see that the over sharpening was creating some artefacts. Instead I duplicated the smart object, rasterized the layer and sharpened the image using the high pass filter. 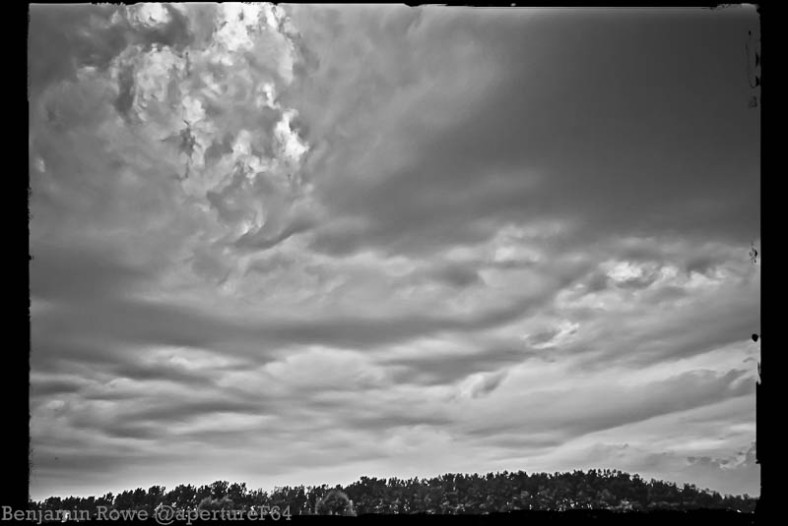 For me the image works well, the contrast in the image is balanced yet sky doesn’t look too over processed. The trees in the foreground have some detail but not too much to take away from the whole image.

The question could be asked, did I need to go through all these steps?
Well no I could have used a HDR Plugin and then Nik silver efex or Alien skin Exposure. But you don’t need these plugins if you are willing to spend a little extra time and also have the ability to refine the adjustments.

Let me know what you think of the image in the comment box below, be it positive or negative or just say hi.

9 thoughts on “Before and After forum; Stormy Sky”