The After Before Forum is a place where photographers of all levels can show how they get the wow in their photography. It is easy and fun to take part, you can check out how here.

Seagulls are sometimes known as the rats of the sky, a term which is also used for pigeons in city centers. Seagulls sit and wait in coastal towns for unsuspecting tourists to sit down with their past or styrofoam plate of chips. Once the tourist is settled they pounce and steal the food.
To be honest although this does happen it is usually to the fault of others who feed the birds when they eat training them where food can be found. Yes there call may be ear splitting but they are an adaptable species; for example when it comes to their diet,

Gulls are highly adaptable feeders that opportunistically take a wide range of prey. The food taken by gulls includes fish and marine and freshwater invertebrates, both alive and already dead, terrestrial arthropods and invertebrates such as insects and earthworms, rodents, eggs, carrion, offal, reptiles, amphibians, plant items such as seeds and fruit, human refuse, chips, and even other birds. No gull species is a single-prey specialist, and no gull species forages using only a single method. The type of food depends on circumstances, and terrestrial prey such as seeds, fruit and earthworms are more common during the breeding season while marine prey is more common in the non-breeding season when birds spend more time on large bodies of water.

This week’s picture is of a lovely Gull who looks like he has seen better days.

The first changes I made were to the colours. I used the HSL panel to extract a slightly richer tones in the image. 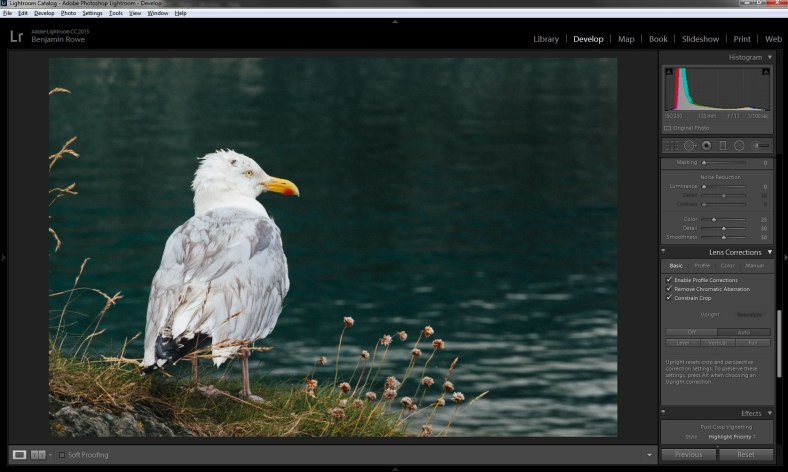 I then made changes with lens correction to correct any distortions. 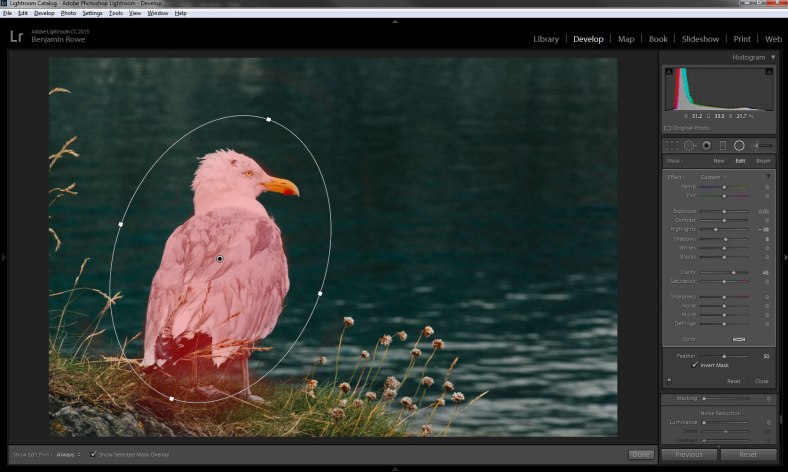 I liked the overall colour of the image but the gull feels a little bright and intense. I also wanted to extract more detail from the gull. I did this using the radial adjustment tool that I then adapted with the brush to make the adjustment more specific to the gull itself. With the radial adjustment I increased the clarity and reduced the highlights, while nudging the shadows slightly.

Now everything was starting to look of I sharpened and reduced noise. I sharpened for a low frequency because I wanted the details in  the foreground to feel sharper.

I added a slight s curve to bring the brightness up a little but not to touch the shadows to much.

On the final stretch, I really wasn’t happy with the grass popping in the the side. I grabbed the heal/clone tool and removed them.

Although the subject may not be the most liked in the world, I do like my final outcome. The colours have some nice depth and contrast. The focus is also quite nice as the sea is soft and the foreground sharp, creating some nice depth. I like the details I was able to extract from the gull, adding to the feeling of having seen better days.

Week 61 Entries For The After Before Friday Forum 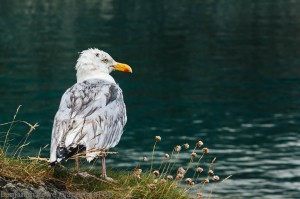 Katie Prior Drawing with Light 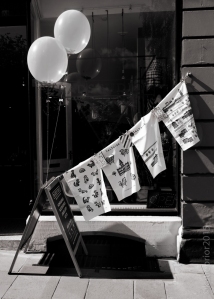 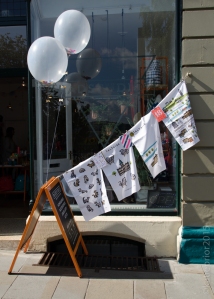 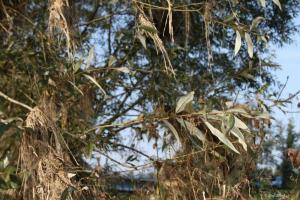 Amy The World Is A Book 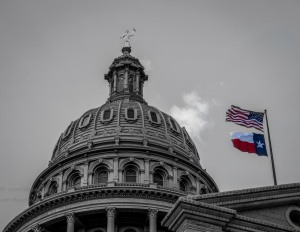 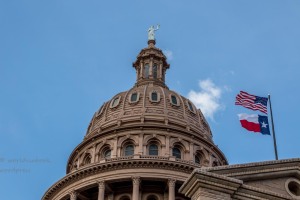 Please check out the links to the other members posts to see how they make their image pop.

If you wish to take part in the forum next week check out the forum guide here.
Next week is One Photo Focus, this is where members of the After Before Forum edit the same picture. This is hosted by Stacy Fischer on Visual Venturing and if you want to take part check out her post to see how.
The next After Before Forum will be on the 9th of October.

I would love to here what you think and you can let me know in the comment box below. 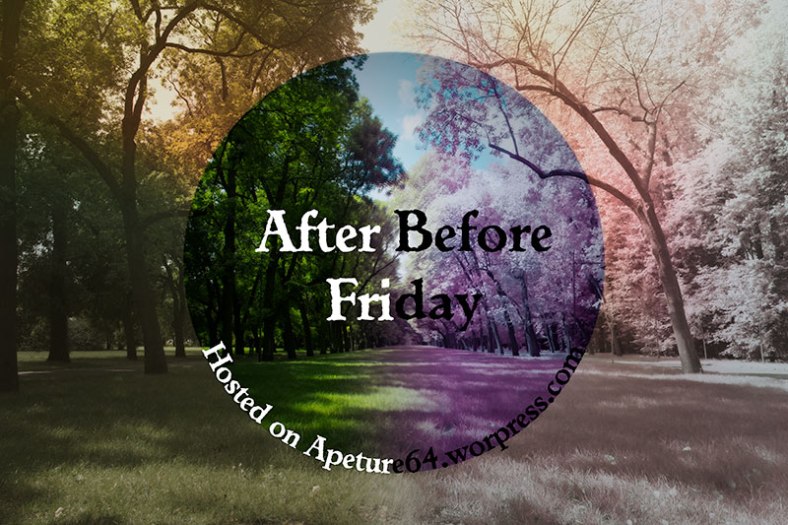 16 thoughts on “After Before Forum Wk 61; Roughed up Seagull”